The story: “The Fifth Quarter,” collected in Nightmares and Dreamscapes. First published in 1979. Wikipedia entry here.

Spoiler-filled synopsis: A crook named Jerry Tarkanian sets out to avenge the death of a friend (and crook) who was double-crossed after a lucrative heist. And while he’s exacting his revenge, if he happens to come into possession of the four pieces of a map to the villains’ buried treasure, well… 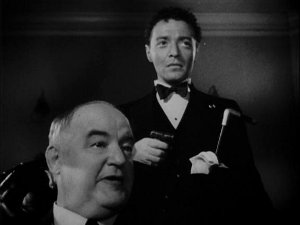 My thoughts: It’s occurred to me more than once this month, as I’ve made my way through King’s short stories, that King’s writing strength is in suspense as much as horror. There are certainly exceptions, and obviously the two genres have a lot in common—a good horror story usually involves a lot of suspense. But I’d venture to say that King is at least as good at writing non-supernatural suspense as he is at writing scenes of supernatural terror. In non-supernatural stories like “In the Deathroom,” “Survivor Type,” and this one, he ratchets up the tension quite effectively without calling in the ghosts and goblins.

That’s one reason I’m glad my short story project is ending on this, a straight-up crime story. King seems to loves pulpy crime stories (in fact, he just published one, and his earlier novel The Dark Half sees him exploring this interest), and that’s what “The Fifth Quarter” is.

My own knowledge of the noir and crime genres is almost non-existent, so I can’t compare this to other examples of the form. The plot includes the expected elements of mistrust, backstabbing, and overly-complex criminal plans, all of which are neatly resolved in a few scenes of deadly violence. The backstory feels like a cross between The Usual Suspects and Treasure Island: four crooks carry out a heist, but to avoid drawing the attention of the law, they agree to hide away the ill-gotten gains for a number of years. They arrange for a map of the cache’s location to be drawn up—and then split into four “quarters” that must be combined in order to learn the precise location of the loot. Each of the four crooks takes a piece of the map and they go their separate ways, promising to meet up again after the heat of police attention has passed.

As you might expect, some of the conspirators decide they don’t want to share the wealth, and one of them (possibly with the help of others) kills off a member of the group and takes his part of the map. Unfortunately, the betrayed man was friends with the protagonist Tarkanian, a scoundrel with a certain sense of honor. (It’s funny how much slack we’re willing to cut fictional criminals who follow a code of honor.) Tarkanian is a fun protagonist—we don’t have a lot of sympathy for him, but he’s smart and sneaky… and we do want him to get the bastards who killed his pal. Tarkanian tracks down the three surviving conspirators to find out which of them killed his friend, and do the eye-for-an-eye thing.

The heart of the story is in Tarkanian’s confrontation with the first two conspirators. Holding them at gunpoint, he must match wits and glean information from a pair of thugs who will kill him if he makes even the slightest misstep. His “investigation” then takes him to the home of another conspirator; things go bad quickly and Tarkanian finds himself in a tense shootout. He survives and winds up with three parts of the map—enough, he thinks, to point him in the right direction.

I enjoyed this story. For one thing, after several weeks of different horror subgenres, it was nice to get lost briefly in a world of fast-talking scoundrels and gangsters with codes of honor. The scenes in which Tarkanian is bantering with his enemies are almost nerve-wracking at points. That all said, I didn’t love “The Fifth Quarter”—once Tarkanian’s quest is complete, there isn’t a lot to like (or even know) about him, and at the end of the day this is just a story about criminals backstabbing each other. It’s a nice diversion, and King can write a great suspense scene. But there’s nothing here I’ll remember fondly a year from now.

That’s it! And with this, we wrap up our month of Stephen King short stories. I hope you’ve enjoyed it, and even more, I hope you’ve taken the time to check out at least a couple of these tales. It’s been a huge amount of fun for me. Thanks for reading along!