Spoiler-filled synopsis: An aging resident of small-town Maine relates a haunting story from his past involving the dead and cursed town of ‘Salem’s Lot. Years ago, a traveller passing through the area with his family runs off the road in a blizzard near ‘Salem’s Lot (the same town featured King’s early short story “Jerusalem’s Lot”); he seeks help at a tavern a few miles away. The narrator and another local accompany the desperate man to recover his wife and daughter from the stranded car—but when they arrive, both have become vampires. The husband is killed (er, vampirized), and the two locals flee for their lives. 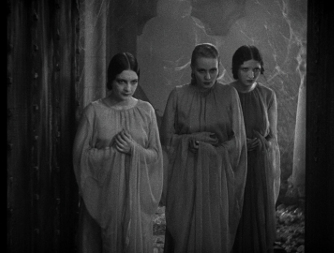 My thoughts: Another vampire story! “One for the Road” is best read as an epilogue to the (excellent) vampire novel ‘Salem’s Lot; without that context, it loses much of its impact. Whether or not you read it in connection with that novel, however, this is a short, simple story that belongs to the “Want to hear about something spooky that happened to me?” around-the-campfire genre. It all builds to the vampire encounter in the final pages—a conclusion that is telegraphed from the story’s opening pages but is nonetheless creepy and tense when it unfolds.

Cantankerous yet good-hearted rural residents of Maine (my wife, who went to college in Maine, tells me these are called “Mainiacs,” but I refuse to believe that) are a regular feature in Stephen King stories, and it’s obvious he has both a personal familiarity with and a fondness for these characters. When a traveler arrives at a small-town tavern looking for help recovering his wife and daughter from their stranded car, the protagonist and his fellow locals seem reluctant to get involved, which initially strikes us as callous. But as the story unfolds, we learn that there’s a good reason for their attitude: ‘Salem’s Lot, the town where the traveler’s car went off the road, is a “bad place.” Nobody actually likes to say words like “vampire” out loud, but everybody knows that you steer clear of the Lot if you know what’s best for you. In the end, the locals risk their lives to help the traveler, but to no avail: unable to convince him that the vampire stories are true, they can only watch as he falls victim to his now-vampire wife and daughter.

If you’ve read ‘Salem’s Lot (and you should—it’s a clever, multilayered novel, and one of King’s best), this story is a nice epilogue, although it doesn’t actually give you much new information. In the novel, the town of ‘Salem’s Lot acquires a new resident: a Stoker-esque European vampire who proceeds over the course of the novel to turn the entire town into vampire slaves. Although the heroes of ‘Salem’s Lot finally manage to destroy the master vampire, they are forced to flee in the face of an entire town of feral, masterless vampires. The novel ends with the only two survivors returning to ‘Salem’s Lot to burn it down. “One for the Road” mentions a massive fire that occurred in the recent past, but clearly indicates that its effect was only temporary, as the ruined town is still haunted by the undead.

King’s vampires are intriguingly traditional, especially when you consider that at the time that ‘Salem’s Lot and “One for the Road” were published, Anne Rice was radically redefining the vampire genre by casting the undead as tragically hip aesthetes. King’s vampire mythology, by contrast, is straight out of Bram Stoker: a cultured, highly intelligent, and demonically evil master vampire (served by a still-living “Renfield”) whose victims become monstrous undead who are weaker and subservient, but also possessed of an animal cunning. I’ve nothing against Anne Rice’s take, but after several decades of sympathetic vampires, it’s nice to face off against a flock of inhuman, bloodthirsty, and horrifyingly clever fiends.

One last observation: this story’s closing shocker is that the traveler’s seven-year-old daughter is a now a vampire too; we’re meant to mourn this repulsive corruption of innocence. This is a powerful theme (even Anne Rice, with her sympathetic take on the genre, wrings a lot of unease out of the idea of a child vampire). Unfortunately, a decade or two of horror and J-horror films involving creepy children has muted some of the shock value here.

Next up: “The Langoliers,” in Four Past Midnight. “The Langoliers” is technically a novella, not a short story, but I’ve been reading it over the last few days.