Spoiler-filled synopsis: Eleven-year-old George has been left alone for a few hours to care for his aging—and dying—grandmother, an unpleasant woman whom he has always feared. “Gramma” dies on his watch, but that’s not the end of it: Gramma was a powerful witch in life, and her death is part of a plan to permanently possess George. The extent to which her plan succeeds is left unclear by the story’s final pages, in which George has acquired Gramma’s infernal powers but has possibly retained at least some of his own identity.

My thoughts: What would it be like to have a witch in the family? What if that witch was not a quirky spellcasting spouse, but a domineering matriarch willing to kill her own children if they crossed her? And what if, in her old age, that witch became senile, unable to control her powers?

But I’m getting ahead of myself; for the first part of the story, it’s not clear that Gramma (who is offscreen for much of the story) is anything other than a completely ordinary old woman in the final stage of life. It is thus actually unclear what manner of story we’re dealing with, and my initial reaction was nervousness at the theme of old age and declining health. As many families can attest, caring for a dying relative can be a painful and emotionally harrowing experience for everyone involved, and I wasn’t sure I wanted to read a story that made light of that. Of course, horror stories are most effective when they can exploit an emotional vulnerability in the reader, and King has rarely hesitated to connect his supernatural horrors to real-life ones: parents’ loss of a child (Pet Sematary), domestic violence and miscarriage (Rose Madder), to name just a few.

Eleven-year-old George is terrified of his grandmother, and it initially seems that he’s simply unable to process the stark mortality exhibited in Gramma’s decaying physical and mental state. However, things shift into more recognizeably Stephen King territory as George slowly pieces together scattered family memories and vague comments by other nervous relatives to conclude that there’s something much more fundamentally wrong with Gramma: in her youth, she forged some kind of relationship with dark (Lovecraftian, actually) powers to bear healthy children and secure family prosperity during the Great Depression. Gramma would be a sympathetic figure if it stopped there, but as the years wore on, Gramma occasionally used her power to murder people (even family members) who crossed her and to generally keep her family living in constant fear. Now, in her descent into senility, she has seemingly lost control of her powers to unpredictable and unpleasant effect:

Sometimes, when she had her “bad spells,” she would (as Mom put it) “act out the Tartar,” calling for people who weren’t there, holding conversations with total emptiness, mumbling strange words that made no sense. On one occasion when she was doing this last, Mom had turned white and gone in and told her to shut up, shut up, shut up! George remembered that occasion very well, not only because it was the only time Mom had ever actually yelled at Gramma, but because it was the next day that someone discovered that the Birches cemetery out on the Maple Sugar Road had been vandalized—gravestones knocked over, old nineteenth-century gates pulled down, and one or two graves actually dug up—or something. Desecrated was the word Mr. Burdeon, the principal, had used the next day when he convened all eight grades for Assembly and lectured the whole school on Malicious Mischief and how some things Just Weren’t Funny. 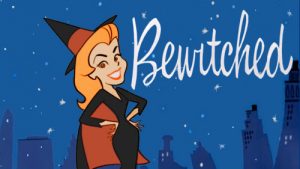 To George’s simultaneous terror and relief, Gramma dies while he’s in the house with her. And the ensuing sequence, which tracks George’s mental state as he prepares to go in to check the body and cover it, is some of Stephen King’s absolute finest suspense writing. It is a truism that scary stories are usually much more effectively frightening before the monster shows up, and King demonstrates this well here with a truly nerve-wracking dozen pages. The reader suspects with George that the wicked grandmother isn’t really out of the picture, and King stretches this tension out as long as he can. When Gramma does finally come lurching back from the dead to chase George through the house, it’s almost a relief.

Gramma’s plan puts her pretty squarely in Evil Old Hag territory; she apparently (it’s not entirely explained) aims to escape death by transferring her own mind and spirit into George’s body. (The extended period of senility may or may not have been a ruse, but it’s clear Gramma has been planning this for some time.) George tries to defend himself by calling on the Lovecraftian entity Hastur, Gramma’s evil patron, but it’s unclear if it works; King switches scenes before we find out. At the end of the story, George is still with us, but clearly has absorbed Gramma’s supernatural powers and her malevolent attitude. We’re left to guess whether Gramma has full control of poor George, or if George somehow managed to retain control over himself.

All in all, this is a very effective story—I’m not often truly creeped out by King stories, but this one gave me a few honest-to-goodness chills. Beyond the solid suspense writing, there are just so many compelling ideas packed into this story: we’ve got a cultist gone senile, a strong-willed matriarch driven to preserve her family through dark means, some unexpected Lovecraftian touches, and creepy mind/body switching (itself a Lovecraftian trope). I’d call this one of the stronger King stories I’ve read thus far.

Next up: “L.T.’s Theory of Pets,” from Everything’s Eventual.