Found this in a dust-covered cabinet while cleaning out the basement. I swear I have never laid eyes on it before: 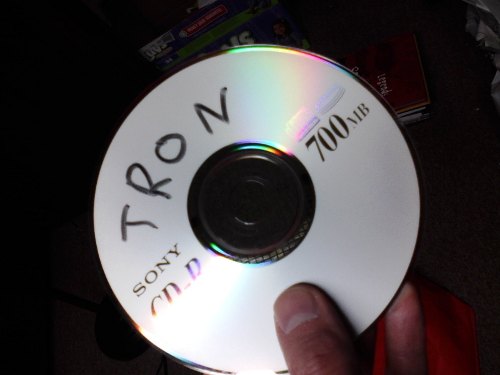 All that talk yesterday about Infocom games left me in the mood to dig out my collection and try out a classic text adventure that I’d never completed. And I figure it’ll be fun to post about my progress as I explore the game; I don’t know if I’ll make it all the way through the game or if I’ll call it quits after a few sessions, but either way I hope it’ll be interesting.

So the first question is: which Infocom game to play?

After some deliberation, I decided that I’m most in the mood for a puzzle-heavy exploration-type game. The Zork games are thus the most obvious choices, but I’d like to try one I’ve not completed. My memories of the Zorks are very vague at this point, but I’m afraid I’d remember too many puzzle solutions as I played.

That still leaves quite a few choices, but I’ve decided on… Infidel, Infocom’s 1983 archaeologist-exploring-lost-pyramids game. You don’t really hear too much about this one, which may or may not mean that it’s not a very memorable game, but I can’t resist the lure of modern-day dungeon exploration with Egyptian trappings.

As with most Infocom games, Infidel‘s opening text brilliantly establishes the scene:

You wake slowly, sit up in your bunk, look around the tent, and try to ignore the pounding in your head, the cottony taste in your mouth, and the ache in your stomach. The droning of a plane’s engine breaks the stillness and you realize that things outside are quiet — too quiet. You know that this can mean only one thing: your workers have deserted you. They complained over the last few weeks, grumbling about the small pay and the lack of food, and your inability to locate the pyramid. And after what you stupidly did yesterday, trying to make them work on a holy day, their leaving is understandable.

The Professor’s map was just an ancient map — as worthless as an ice cube in the Arctic without an instrument fine enough to accurately measure longitude and latitude. You knew that the site was nearby. You dug, and you ordered the workers to dig, even without the box. As you listen to the plane and rub your aching eyes, you pray they left you supplies enough to find the pyramid and to survive, and that the plane’s carrying the long-overdue box.

That’s a darn fine opening. Infocom had some really top-notch writers for their games. The writer for Infidel is one Michael Berlyn.

Reading through that introductory text, it clearly lays out two clear goals I should focus on: survival (which probably means tracking down food and water), and locating the lost pyramid, which is nearby but not findable until I can get a hold of that navigation box.

The first order of business then is to scout out the immediate area. As soon as I leave the tent, an airplane passing overhead airdrops a crate into my camp: it contains the long-awaited navigation box. Very good. I spend a few minutes traveling around the camp, only to find that I am indeed utterly alone and abandoned here—the workers have all packed up and vanished. Here’s the map I’m drawing as I go:

I do pick up a few useful-looking objects (and a few that don’t seem terribly useful):

I also come across a menacing note left by my former camp workers:

Hereafter you shall pursue your fool dream of the hidden pyramid and its riches alone. May the jackals feed well on your bones. We have left you what you need to get back, though we hope you do not. We put several things you treasure above life itself inside your trunk, locked with your precious padlock, but we could not bear to part with the key. Especially after what you said of our rites. We hope the drug we placed in your drink did you harm. If not, we are at least satisfied you slept especially soundly while we cleaned out the camp. Farewell.

Charming. So much for getting along well with the natives. Well, let’s find out what’s in that trunk the note mentions. The pickaxe chops through the padlock and inside the trunk I find an inspection sticker (complete with amusing Infocom in-jokes!), some beef jerky (there’s my food, I suppose), a treasure map indicating the coordinates of the lost pyramid (excellent), and a cubic stone with hieroglyphs on it that read something like “the queen and all the queen’s treasures”. Hmmm.

The next order of business is to find some water, because by now the game has started warning me that I’m getting thirsty. I’m guessing the Nile riverbank is where I can fill this canteen, so I head that way. As it happens, I’ve spent a bit too much time poking around the camp and picking up junk, because I collapse of thirst and die before I get there.

Ahem. Apparently this is one of those games that enforces rather strictly the human need for sustenance. Duly noted.

One hastily restarted game later, I’ve refilled my canteen and eaten my beef jerky, hoping that this will last me a while. One positive note: since the Nile is a limitless supply of water, I can keep refilling my canteen as long as I’m able to return to this spot later in the game. There’s a big “if” in that statement, but for now I’ve staved off thirst and hunger. On to find this pyramid.

Looking at the map (included in the game box; I’m looking at a grainy PDF scan of it), it looks like the lost pyramid is located at 24 degrees 11 minutes 4 seconds N latitude, 32 degrees 12 minutes 42 seconds E longitude. Not having been a Boy Scout I have little clue what that means, but I can move around the desert (east of camp, extending infinitely, it seems) checking the navigation box until I get there.

Attempt #1 results in my second death so far. I misread the map coordinates and dig (using the shovel I picked up earlier) in the wrong spot, and get killed when the walls of the hole I’m digging collapse on me. Forgiving, this game is not.

So, er, another restarted game, and I’ve found the correct location now! I dig… and dig… and EUREKA! The top of what must be the lost pyramid! There’s a cube-shaped slot in the pyramid which is rather obviously where I need to insert this cubic stone I’ve got; sure enough, the pyramid door opens and I’m looking down into a room called the Chamber of Ra.

Which is a good place to stop for now; it looks like I’ve made it through the game’s prologue and only died twice. Not bad. I save my game (always save your game! I’m slowly remembering what it was like before the days of auto-saving games). I’ve scored 50 points out of a possible 400 in 71 moves. That seems rather impressive—either this isn’t a terribly long game, or they stacked a lot of points right at the beginning.

We’ll find out in a few days when I venture into… the Chamber of Ra. Hope you’ll join me!

If you’re interested, here’s a picture of my Infidel maps-and-notes journal so far.