Care to take a guess what this is, and what its connection to gaming is?

I’ll give my faithful readers (both of you) a few days to figure it out before I post the answer.

I’m still knee-deep in the Month of Weddings and Vacations, so not much gaming is going on beyond the occasional window of World of Warcraft. Writing on my WoAdWriMo adventure is coming along, albeit more slowly than I had hoped. It turns out actually writing an adventure that can be used by others–as opposed to just jotting some plot notes for myself down on a page and running a game on the fly–is not nearly as easy as I’d thought! Nevertheless, it’s been a fun writing challenge thus far.

At any rate, I’ll leave you with a NYT piece on Chinese gold farmers. Yeah, the gold-farmer situation has been covered pretty heavily already, but the article has some interesting angles I’d not yet seen before.

Ha! You suckers feverishly clicked on this link thinking it was going to be about the infamous 15th-century witch-hunting manual, but in reality this is just another one of those “life update” type posts that, ubiquitous as they are, threaten to drag the entirety of the interweb down into the abyss of self-absorbed tedium. So here we go:

A quick roundup of some links and thoughts you may find interesting.

OK, I think that’s it for now. I must be off to finish up some last-minute Christmas shopping. Merry Christmas to all!

I’m getting caught up on my blog reading. Here are a few noteworthy items I’ve come across lately, for your perusal: 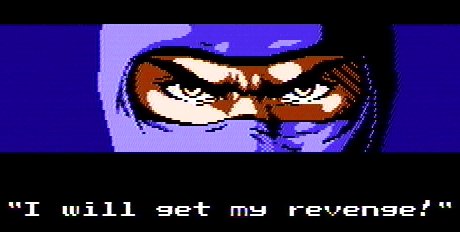 Wow, it seems that everybody has been feeling the need to shake things up lately, blog-design-wise. Kim, Jon, Bill, me and now Michele. And I’m probably forgetting to mention somebody else.
I’m sitting in my hotel room now, where somehow the wireless network is reaching six floors up and providing me with internet* access. Tomorrow is the final day of our annual internet-ministry conference, which has been a good experience thus far. Michele will be joining me here tomorrow after she puts some research time in at the University of Chicago library.
Then, Sunday morning is when Michele and I are being officially welcomed as members at our church. So it’s been a somewhat busy week and weekend for us–at least, compared to our usual weekly schedule.
(* Wired magazine recently declared that it was time to stop capitalizing the words “Internet” and “Web”, and I say it’s about time. So from now on, I’ll try to incorporate that into my online writing.)

Instead of a longer post today, I’ll fire off a few miscellaneous items for your reading enjoyment.
I really enjoy Penny Arcade’s occasional “Cardboard Tube Samurai” comic strips. I think the most recent two part strip is especially good. Great stuff. (And as an unrelated side note, “occasional” is one of those words that I spell incorrectly every single time I use it.)
Michele and I saw The Village last night. I won’t spoil anything, except to say that I was mildly disappointed. It had some wonderful characters, interesting ideas, and a few moments of brilliance, but overall it just didn’t seem to come together quite as well as it should’ve. I left the theater thinking it would’ve made a really good short story, but not such a great movie. That said, I did enjoy it, and I’d recommend going to see it–it’s just not as good as it could’ve been. I have some more specific comments about it, but I’ll wait a bit until a few more of you have seen it before doing so, as it’s difficult to discuss the movie’s merits and flaws without spoiling some of the surprises.
Speaking of movies–every now and then, against my better judgment, I get excited about movies that I know are going to be horrible. Such is the case with Alien vs. Predator, which I’ve been reading about this morning. The odds of this being a good, or even halfway-decent, movie are astronomically low (Alien Resurrection, anyone?). But there’s just something about those aliens that keeps me coming back for more, despite the fact that the franchise is quite thoroughly past its prime. Go figure.
On to another, semi-related topic: Doom 3 is coming out soon, and I’m quite excited about it. I was even more excited this week to learn that it might even run on my computer. Genuinely scary computer games are few and far between (System Shock 2 and Undying being the two most frightening games I’ve played); it looks like Doom 3 might be a contender. We shall see.
I’ll close this post with a question: is there any pagan deity in the ancient world that even comes close to the coolness of Horus? I didn’t think so.