The story: “Sorry, Right Number,” collected in Nightmares and Dreamscapes. It’s the screenplay for an episode of Tales of the Darkside that aired in 1987. Wikipedia entry here.

Spoiler-filled synopsis: Katie Wiederman receives an unsettling, incomprehensible phone call from somebody seemingly trying to either plead for help or warn her about something. The phone calls starts a chain of events that ends with Katie’s husband Bill’s death of a heart attack. Years later, Katie realizes that the phone call was from her future self, trying to warn about Bill’s impending death. 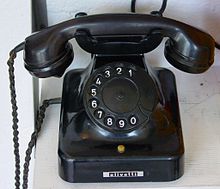 My thoughts: This is a sweet, sad little story told in the form of a screenplay. Given the close association of King’s written work with film, it seems appropriate to find a King-written screenplay tucked in here amidst his more traditional short stories.

Although we don’t realize it until the screenplay’s closing pages, the key plot element in “Sorry, Right Number” is time travel—in this case, a message transmitted into the past, intended to warn Katie about Bill’s death. Depending on how you read the story, the specific time travel theory is either the predestination paradox (if you think that the mysterious phone call actually caused the heart attack it was trying to avert) or the self-healing hypothesis (the idea that the course of history cannot be changed, and will resist efforts to change it). These ideas crop up from time to time in shows like Star Trek and The Twilight Zone.

But this isn’t a science fiction story, and it’s actually not very concerned with the details of time travel. It’s mostly a rather touching story about a happy family whose life is thrown into turmoil when they get a phone call from a strangely familiar-sounding voice begging them to take some unspecified action. Believing that a relative must be in trouble, they scramble in a panic to check in on their extended family members, all of whom turn out to be safe and in good health. They dismiss the phone call as a strange fluke, but Bill dies later that night of a heart attack. Years later, the family has moved on; Katie has happily remarried but still mourns inside for her loss. In a bout of grief, she dials her old telephone number, is inexplicably connected to her younger self, and tries to warn her younger self to get Bill to a hospital. But she cannot articulate her message through her sobs, and the call is disconnected… setting the sequence of events in motion.

Compared to King’s usual chatty, verbose writing style, the screenplay format is necessarily stark and short on typical King details. Nonetheless, some of his storytelling strengths shine through. The husband/wife relationship, something he almost always gets right, comes across as warm and believable. A few amusing scenes of Bill and Katie’s children bickering over which TV show to watch were clearly written by somebody who’s frequently wrangled with arguing children.

King also pulls one of his trademark “author insertions” here: Bill is a famous horror author. As he often does, King uses this opportunity to mock both himself and his fans. Bill’s bibliography includes amusingly lurid titles like Spider Doom and Ghost’s Kiss, the latter of which is chewed up by a toddler at one point; and when Bill is trying to get an emergency telephone operator to help with the crisis, she keeps interrupting to ask him for autographs. At one point, Katie expresses concern that their youngest son is watching an ultra-violent movie based on one of his father’s novels—a conversation I am sure that King and his wife Tabitha had more than once as they raised their kids.

What really stood out for me in “Sorry, Right Number” is King’s portayal of grief (possibly because it was also a theme in “The Man in the Black Suit,” which I read a few days ago). Grief in King’s stories is not a life-ending psychological blow that dooms your happiness forever; nor it is something that you can simply push past with a Hollywood-style burst of willpower and then leave behind for good. It’s something that you survive, but that leaves you with permanent scars. Five years after Bill’s death, Katie has “moved on”—she and her family seem to be genuinely happy. But she can be content with her circumstances and still wish, deep inside, that things had worked out differently.

This was a good but melancholy read. I had forgotten most of its details; with its focus on a mysterious phone call, I initially suspected it would turn out to be a horror story of the He’s calling from INSIDE THE HOUSE! variety. I’m glad to be proven wrong.

Next up: “The Monkey,” from Skeleton Crew.