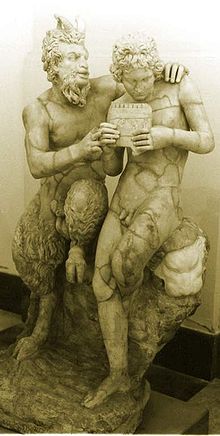 Spoiler-filled synopsis: A suburban man hires somebody to mow his lawn. Unfortunately, this particular lawnmower man is a satyr in the service of the Greek god Pan. And Pan requires the occasional… sacrifice.

My thoughts: “The Lawnmower Man” is one of King’s strangest, funniest stories. (At least, I thought it was funny. There may be something wrong with me.) It’s not the only King tale that involves murder by lawnmower, but it’s definitely the most memorable.

“The Lawnmower Man” is short, and written with a wry wit that is much more pronounced than in most other King stories. While the story is certainly horrifying, it doesn’t feel quite right to call this “horror”—the situation recounted here is so ridiculous and random that it’s hard to know exactly what to make of it. The story closest to it in style that I’ve read so far this month is “The Moving Finger,” which similarly thrusts an everyman character into an utterly inexplicable situation; but whereas that story follows a plot that develops over time, “The Lawnmower Man” is really just a depiction of one very unpleasant divine encounter.

The story recounts the last afternoon in the life of Harold Parkette. Harold hires a lawnmower man to get his lawn under control. When the lawnmower man strips naked, cavorts in the backyard, eats all the grass clippings, and starts babbling about Greek gods, Harold nervously stalls for time while he tries to think of something to do. When the satyr-like lawnmower man catches Harold calling the police, he sends his magic, self-piloting lawnmower after our unlucky protagonist with gruesome results.

Generally speaking, Greek deities (popular as they are) are not usually associated with the horror genre. The Greek gods may often be petty, violent, cruel, and capricious, but interactions with them are more frustrating and maddening than terrifying. But Pan, the chaotic, multi-faceted god of the wild, does have a history in the horror genre, most notably in Arthur Machen’s influential 1894 novel The Great God Pan. Presumably King has this in mind here. The events of “The Lawnmower Man” are so bewildering, and happen so quickly, that we do get a sense of what it would be like to cross paths with a violent, inhuman, and unpredictable deity. King does seem drawn to Greek mythology; the psychopomp is a key element in The Dark Half, and the Moirai appear prominently in Insomnia.

As I mentioned above, “The Lawnmower Man” is quite funny. The protagonist is likeably dopey, and his death is comically lacking in dignity. It all ends with a humorous exchange between policemen called to the scene of the slaughter:

“Where’s the rest of him?” one of the white-coats asked.

“The birdbath,” Goodwin said. He looked profoundly up at the sky.

“Did you say the birdbath?” the white-coat asked.

“Indeed I did,” Lieutenant Goodwin agreed. Patrolman Cooley looked at the birdbath and suddenly lost most of his tan.

“Sex maniac,” Lieutenant Goodwin said. “Must have been.”

I don’t have much else to say about this; it’s an odd but memorable little story.

I’ll close by noting that when most people hear the name of this story, they probably think of the cyberpunk movie of the same name. Apparently, the filmmakers slapped Stephen King’s name on an entirely unrelated script for marketing purposes, and King sued to have his name removed. I haven’t seen the movie, but I’m pretty confident that the story is better. (Perhaps in a future post, I’ll talk a bit about Stephen King’s decidedly mixed film legacy.)

Next up: “That Feeling, You Can Only Say What It Is in French” from Everything’s Eventual.