Spoiler-filled synopsis: An old man recounts the story of a woman who disappeared years ago from their rural Maine town: Ophelia Todd, who was obsessed with finding shortcuts whenever she had to drive somewhere. Her shortcuts went from impressive to slightly frightening, as she started covering distances faster than physics should allow. When she vanishes, it’s suggested that she has found her way to an otherworldly realm through which her shortcuts have been taking her. 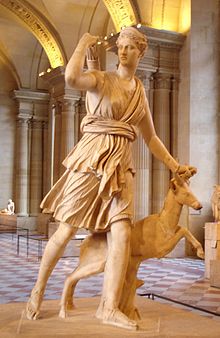 My thoughts: “Mrs. Todd’s Shortcut” isn’t a horror story—it’s a “let me tell you about something weird I once saw” campfire tale, told in the form of an old man’s reminiscences. There’s no gore or violence to be found, and it has a happy ending—it’s almost sweet. It’s wistful and maybe a little melancholy, but in a pleasant way.

Of the stories I’ve read so far this month, “Mrs. Todd’s Shortcut” is probably most similar to “The Man in the Black Suit,” although the latter has a horror element whereas this story feels more like a milder episodes of The Twilight Zone. It’s narrated as a mostly one-way conversation between two elderly rural Maine geezers. Homer, one of the men, shares the story of his peculiar encounter with the titular Mrs. Todd many years earlier, shortly before she vanished without a trace.

King has an obvious fondness for (and almost certainly firsthand experience with) the mannerisms of Maine’s rural residents, and it took me a few pages to get used to the slow, rambling pace of this story—which follows Homer’s somewhat scattered train of thought. I sometimes find the heavy use of regional accents and speech mannerisms in fiction irritating, but any annoyance with all the rural slang faded quickly and I found myself settling for the story by the time Homer’s tale begins in earnest.

Let’s take a step back for a moment to consider Stephen King’s storytelling. I’ve often wondered what it is about King’s writing style that is so undeniably appealing. After all, King’s prose is often overly verbose and lacking in literary grace. What King does do, however, is make you feel like he’s sitting right there with you telling you, personally, a story—between his obvious enthusiasm for his own stories and his lack of pretension in telling them, King really earns the title “storyteller.” In a story like “Mrs. Todd’s Shortcut,” he’s amping the let-me-tell-you-a-yarn vibe up to the maximum, and because he’s so darn earnest about it, and because his stories are frankly just interesting, it works really well. (It also fosters a real sense that you, the reader, know Stephen King on some vague but slightly personal level. Read a half-dozen King books, and you’ll comfortably identify yourself as one of the “Dear Readers” he often addresses in introductions or afterwords.)

“Mrs. Todd’s Shortcut” is a good story, and it’s one you could probably actually tell around a campfire, if people do that kind of thing anymore. In it, Homer describes how Mrs. Todd would confide in him about her progress in finding shortcuts through their corner of Maine. He listens with skeptical interest to her stories of shortcuts that shave off 15 minutes… 30 minutes… and even more time off of her trips. She might even be growing younger with each shortcut she takes. Homer becomes infatuated with Mrs. Todd, and comes to understand that she might be too graceful, beautiful, and wild for this world.

At the peak of his infatuation with her, he accepts an invitation to ride along with her on one of her shortcuts, and is alarmed to find that her shortcut takes them through some very uncharted areas—outside the car window, he spots a strange, primeval wilderness with weird, dangerous-looking flora and fauna. He’s too scared to accompany her on further shortcuts, but she keeps finding them. She vanishes shortly after finding her fastest shortcut yet, and it’s implied that she’s found her true home in the wild roads of some otherworldly realm. In the story’s closing scene—I got a little teared up, I’m such a wimp—an impossibly young, beautiful Ophelia Todd returns one night decades later to pick up 70-year-old Homer and drive him off into the sunset.

“Mrs. Todd’s Shortcut” has more in common with a fairy tale than with the horror or suspense genres. It’s the story of somebody who must find their way to their “true home” in the underworld/fairy-world/heavens/etc. (For a moving example of this in modern pop culture, think of Ofelia in Pan’s Labyrinth.) The closer Mrs. Todd gets to her apotheosis, the more young, vibrant, and even godlike she appears to Homer. (She’s compared to the goddess Diana at several points.) Her vanishing is a homecoming, and when she comes back for faithful old Homer, she’s taking him to the wild kingdom she now rules, across the borders of death and reality.

Random note: there’s a brief reference to King’s novel Cujo near the beginning of “Mrs. Todd’s Shortcut.” King likes to plant little references like this throughout his books and stories.

Next up: A return to straight-up horror with “Graveyard Shift,” from Night Shift.