The story: “A Death,” collected in The Bazaar of Bad Dreams. First published in 2015. Wikipedia entry here.

Spoiler-filled synopsis: In a small town in the Old West, a rancher named Jim Trusdale is arrested, tried, and sentenced to death for the murder of a young girl. Despite strong circumstantial evidence pointing to his guilt, Trusdale insists he is innocent, and the town sherriff starts to think he just might be. But Trusdale’s time runs out—and after his death, incontrovertible evidence is revealed proving that he was, indeed, the murderer. 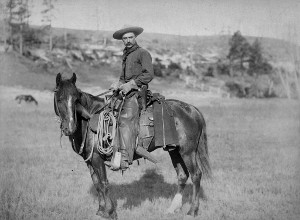 Pictured: a cowboy. From the Wild West.

My thoughts: This is an offbeat King tale, both in genre and in style. First, it’s a western. King rarely writes historical fiction; almost everything he’s written takes place in or around the present day. While his epic Dark Tower series certainly has one foot in the cowboy-western genre, the western elements are wrapped heavily enough in scifi-fantasy-horror trappings that you won’t find King’s The Gunslinger shelved next to Zane Grey or Louis L’Amour.

It’s a stylistic change of pace for King as well; in “A Death,” he eschews his usual verbose writing style and aims for the dry, terse language that we tend to associate with western stories and the dour-faced lone wolves who populate them. We’ve seen King step outside his familiar style in several short stories: think of “Umney’s Last Case” (Chandler-esque noir), “Jerusalem’s Lot” (Lovecraftian verbosity), or “The Doctor’s Case” (full-blown Conan Doyle). One of the joys of reading King’s short fiction is following along as he indulges in these little side treks away from the horror genre that defines his work. 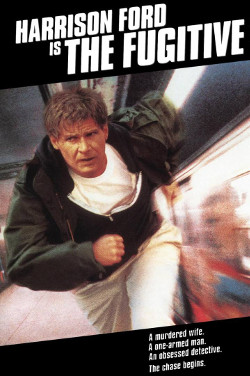 Spoiler alert: he didn’t do it.

What’s King up to here, then? “A Death” subverts that most familiar of plot narratives: the “falsely accused of a crime” story. You know how it goes: somebody (the hero, or somebody close to them) is accused of a crime they didn’t commit. The evidence seems overwhelming, but we just know they’re innocent, and that an eleventh-hour discovery or revelation will vindicate our hunch. This ubiquitous plot structure appears in everything from mysteries to thrillers to superhero blockbusters.

“A Death” hits all these familiar beats: Trusdale maintains his innocence despite strong circumstantial evidence of his guilt, even seeming touchingly naive about his dangerous predicament. The case isn’t a slam-dunk—a key piece of evidence (a silver dollar stolen by the girl’s murderer) can’t be found; and when a blatantly unfair trial railroads Trusdale into a death sentence, we suspect along with good Sherriff Barclay that the rancher just might be innocent. Will the sherriff be able to turn up evidence at the last minute to save an innocent man from the noose?

As it turns out, no. Trusdale goes to the gallows and a jeering crowd watches his pathetic, undignified final moments. We think that a terrible injustice has been done until the last piece of damning evidence shows up post-mortem: Trusdale had swallowed the stolen silver dollar (repeatedly… ewww) and must certainly have been guilty. The sherriff’s gut hunch (and our own instinctive impulse to root for the underdog) proved wrong; the judgmental townsfolk and their unjust trial stumbled accidentally upon real justice.

If you’ve read even just a few Stephen King stories, you’ve watched him repeatedly wrestle with the cosmic question of Why: Why do bad things happen for no reason? Here, the “Why” question is directed not at a distant God or impersonal universe, but at the human heart: Why do people do bad things for no reason? Why would a seemingly ordinary, unremarkable man like Trusdale commit such an awful and motiveless crime? Why would he insist on his innocence even after his fate was sealed if he knew he was guilty?

And what about us? Is it justice if it’s accidental justice? In the absence of certain evidence, what makes one person assume innocence and another guilt?

The questions raised by “A Death” aren’t terribly novel, and it makes no real effort to answer them. But the twist on the “falsely accused” narrative makes this an interesting read, and seeing King try out some cowboy deadpan is fun.

Next up: Let’s take a look at “Ur,” also in The Bazaar of Bad Dreams.