The story: “Dolan’s Cadillac,” collected in Nightmares and Dreamscapes. First published in 1985. Wikipedia entry here. Read my introduction to this blog series.

Spoiler-filled synopsis: Elizabeth Robinson was murdered by car-bomb years ago by a wealthy, untouchable mob boss named Dolan to stop her from testifying against him in court. Unbeknownst to Dolan, her husband—an unremarkable, unassuming, forgettable man—has been plotting and planning ever since, waiting patiently for just the right opportunity to strike back. One summer, Robinson rigs an elaborate trap for Dolan on a Nevada highway… and manages to permanently bury Dolan and his beloved Cadillac beneath the desert sands. 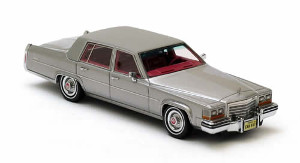 My thoughts: Ah, revenge—the dish best served cold. “Dolan’s Cadillac” is a straightfoward and mostly satisfying story of long-delayed revenge, with almost no hint of the supernatural. In my last King short story writeup two years ago (“The Fifth Quarter”), I asserted that King is at least as good at writing mundane suspense as he is at writing supernatural horror. “Dolan’s Cadillac” is a solid example of that.

Revenge stories involving crime bosses and murdered wives are about as cliché as you can get. To give this hoary old chestnut a new spin, King subverts the trope of the hardcore vigilante avenger by making his protagonist a thoroughly average person, a man with no special revenge-related skills. He not a former special forces soldier, an intelligence agent with a “very particular set of skills,” a grizzled off-duty cop, or a millionaire martial-artist with an armored suit. Instead he’s a grade-school teacher, and through him King asks a fun what-if question: how would you, an average everyday person with a liberal arts degree and a boring office job, go about taking down a wealthy, paranoid, heavily-guarded mob boss?

King has fun with this concept. Robinson, the protagonist, considers but quickly discards Hollywood-esque revenge plans involving guns and cinematic heroics. Instead, he enacts (over the course of several years) an elaborate (maybe over-elaborate) plan of revenge that makes use of mundane skills and tools. When he notices that Dolan periodically travels along a specific stretch of desert highway, Robinson takes a summer job as a road construction worker. When the conditions are just right, he uses his skills to dig a long trench—just the right size to trap a car and prevent its passengers from escaping. Once he manages to detour Dolan’s Cadillac right into it, he buries the car and its passenger beneath tons of earth and asphalt.

In the afterward to Nightmares and Dreamscapes, King describes the process of writing this story as an excrutiating one due to the extensive research he had to do to make the trap plausible. And in fact, King spends the vast bulk of this story detailing the creation of Robinson’s trap. King is probably trying too hard: there is a palpable sense that King really wants you to accept this as something that could realistically be accomplished by one sufficiently dedicated man. It’s an admirable goal, and it succeeds, but at the cost of bloating the story’s page count considerably. King uses all the road-construction detail to stretch the suspense as far as it can go—but he stops just shy of the point where the story shifts from “suspenseful” to “boring.” I’ll admit I was starting to skim as Robinson’s preparations dragged on.

But the payoff proves worth waiting for. For one thing, as Robinson seals Dolan in his buried car, there’s a fun reference to “The Cask of Amontillado” for obvious reasons. And there’s a wonderful and characteristically King exchange between Robinson and the trapped Dolan, who (realizing he’s about to be buried alive) tries to bargain for his life:

“Five million.” It was the last coherent thing he [Dolan] said.

“I think not,” I replied, leaning on the shovel and wiping sweat off my forehead with the heel of one grimy hand. The dirt covered the roof of the car almost from side to side now. It looked like a starburst… or a large brown hand grasping Dolan’s Cadillac. “But if you can make a sound come out of your mouth which is as loud, let us say, as eight sticks of dynamite taped to the ignition switch of a 1968 Chevrolet, then I will get you out, and you may count on it.”

So he screamed, and I shoveled dirt down on the Cadillac. For some time he did indeed scream very loudly, although I judged he never screamed louder than two sticks of dynamite taped to the ignition switch of a 1968 Chevrolet. Three, at most.

Oh, Stephen King. It’s so good to be reading your stories again.

One last observation: as I mentioned above, there is almost no trace of the supernatural in this story. His dead wife Elizabeth does, however, speak to Robinson throughout—although I think this is probably best understood as Robinson’s subconscious. If it is the ghost of his wife, it breaks ranks with the stereotype in an interesting way: it’s bloodthirsty, urging Robinson on toward revenge and relentlessly pushing him forward, even when he’s physically exhausted. This is intriguingly different from the usual stereotype, in which the dead wife is depicted as so pure and innocent that you can’t really imagine her truly wanting her husband to cut a bloody swath of vengeance in her name.

Next up: “All That You Love Will Be Carried Away,” in Everything’s Eventual.