The story: “I Am the Doorway,” collected in Night Shift. First published in 1971. Wikipedia entry here. 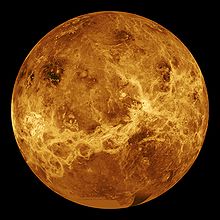 Spoiler-filled synopsis: Years after he took part in a space mission to Venus, a crippled astronaut discovers that a hostile alien presence is using him as a “doorway” through which to observe Earth. This is manifested in the appearance of alien eyes on his hands. As the aliens’ influence over the astronaut’s body grows, he is forced to use extreme measures—self-mutiliation and ultimately suicide—to close the “doorway.”

My thoughts: What’s waiting for us out there in the void of outer space? Science fiction has given us many different forms of alien menace to fear. In “I Am the Doorway,” King declines to show us a clear picture of the aliens, but their influence and awareness is spread by something like a virus or mutating agent contracted by an astronaut passing through the orbit of Venus. This is another science fiction story—although typically for King, the science fiction is mostly background for more down-to-earth horror. “I Am the Doorway” plays out much like a “demon possession” story, with the protagonist Richard waging a losing battle to preserve his free will in defiance of an entity that wants to use him to carry out horrible acts.

The horrible acts in this case are two murders: one of a stranger, and the second of a friend in whom Richard tries to confide about his bizarre situation. Many years after a mission to Venus, the wheelchair-bound Richard discovers that eyes are growing in his hands, and that he can dimly perceive the presence and mindset of the beings behind them: they’re alien, and from their perspective, humanity is terrifying and revolting. Seen through the strange lens that is Richard’s body, humans look like monsters to the alien presence—and as its control over Richard grows, the presence begins channeling supernatural-seeming powers through Richard to kill other humans. This seems an unsubtle jab at humanity’s own propensity for reacting violently to things that look different or make us uncomfortable. Whether the aliens have a coherent plan for Richard, or if they’re just using him to randomly strike out in fear and loathing at Richard’s fellow “monsters,” is never explained.

Richard temporarily drives away the presence by dousing his hands with kerosene and setting them on fire before the presence can stop him. But when a new set of eyes appears on his chest years later, he surmises that suicide is the only way to shut the door. But even that may be overly optimistic, as the presence has demonstrated that it can restore Richard’s crippled body long enough to carry out its tasks. Will the presence stop Richard from killing himself, and if not, might it not go on controlling his dead body? That’s a little creepy, and that’s where the story ends.

“I Am the Doorway” is filled with questions—what is the alien presence? what does it want? how did it infect Richard? where does it live? etc.—but answers very few of them. I think that’s probably for the best; too much exposition would dilute the effect of the short, focused narrative. So if you’re here just for the sci-fi and aliens, this story won’t likely satisfy you. There isn’t much depth here, and there doesn’t need to be. “I Am the Doorway” is a sharp little tale that doesn’t rank up there with King’s best, but which you’ll be thinking about for some time after you read it.

Next up: OK, we’ve got time for one more King story before October ends. Let’s go with… “The Fifth Quarter,” from Nightmares and Dreamscapes.