The story: “Dedication”, collected in Nightmares and Dreamscapes. First published in 1988.

Spoiler-filled synopsis: A hotel maid recounts her interactions with a brilliant, but also deeply unpleasant, author who was a regular guest at her hotel in the 1960s. Despite the author’s racism and general misanthropy, she considers him the spiritual father of her son, who grew up to become a published writer as well. But there’s a really unpleasant central element to this story that will make it hard for you to keep track of the actual plot.

This is gross-out story, plain and simple. If the summary I provided above makes it sound inspiring or even feel-good… well, you’re not wrong. But there’s a gross-out element involving bodily fluids that, I promise, will obliterate your ability to appreciate the story’s otherwise rather noble intentions.

For better or worse, there’s a fair amount going on here besides said gross-out detail, so let’s try and focus on those things. 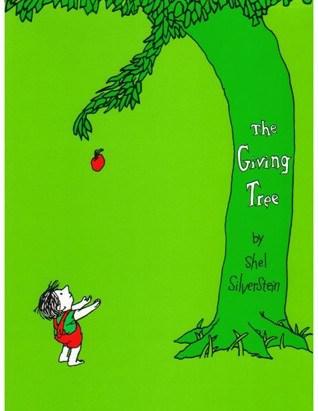 At its heart, this is a story about the sacrifices a mother makes for the sake of her child. Martha, the protagonist, is a poor black woman married to an abusive thug during the Civil Rights era. Pregnant, confused and desperate, she seeks out the counsel of a bruja—a witch—who provides Martha with cryptic predictions and a presumably magic-infused mushroom. Perhaps without fully realizing what she’s doing, Martha uses the mushroom to improve her unborn son’s future: first by mystically transferring “fathership” of her child from her abusive husband to a brilliant, if unpleasant, author; and second by indirectly killing her abusive husband before he can kill the baby. Martha’s is a stoic and unsentimental, but irrestistably strong, maternal love, and one suspects that King is paying tribute here to his own mother, who raised young Stephen and his siblings as a single mother.

The other element—interesting, but not especially insightful—is the paradox of the beloved celebrity who is actually a horrible person. King claims to have written this story to explore this contradiction after meeting a greatly respected author who turned out, when encountered in person, to be an awful human being.

In a defensive afterward to this story, King acknowledges this story’s ickiness and pre-emptively pushes back against criticism:

The stories in Nightmares and Dreamscapes are, for the most part, the sort that critics categorize (and then all too often dismiss, alas) as horror stories, and the horror story is supposed to be a kind of evil-tempered junkyard dog that will bite you if you get too close. This one bites, I think. Am I going to apologize for that? Do you think I should? Isn’t that—the risk of getting bitten—one of the reasons you picked this book up in this first place? And if you get thinking of me as your kindly old Uncle Stevie, a sort of end-of-the-century Rod Sterling, I will try even harder to bite you.

I really, truly respect that. But do you want to know a secret? Here it is: Stephen King’s bark is usually much worse than his bite. For all his reputation as a spinner of blood-curdling, horrifying tales, King’s writing becomes extremely comfortable—would it offend him if I said safe?—after extended exposure. In fact, one of the reasons I’m enjoying these Stephen King story projects so much is the cozy feeling of familiarity I feel when reading King’s prose! For that reason, I respect and sympathize with King’s occasional efforts to lash out and jar the reader. I can honestly count the number of genuinely upsetting King-written scenes I’ve read over the decades on one hand (OK, maybe two hands—and for what it’s worth, “Dedication” is not among them). That’s still a pretty safe ratio, I think; but it’s good to know that there’s a chance, even a small one, when you pick up a Stephen King book, that King’s going to slip a genuine shocker past your guard.

Stephen King doesn’t want to be safe. But for better or worse, he probably is the kindly Uncle Stevie he so fears becoming. I salute his occasional efforts to shove you out of your comfort zone. In some ways, the rarity with which this happens makes it more effective.

But you know what? Give “Dedication” a skip. If you want to be horrified by King, there are better options.

Next up: “The Cat From Hell,” in Just After Sunset.