The story: “The Night Flier,” collected in Nightmares and Dreamscapes. First published in 1988. Wikipedia entry here.

Spoiler-filled synopsis: A cynical tabloid reporter stumbles upon what looks like an actual legitimate story: a serial killer who flies a private plane from one rural airport to another, leaving exsanguinated victims behind. The reporter finally tracks down and confronts the killer—who turns out to be a vampire. 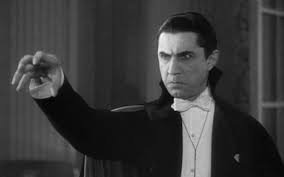 My thoughts: Stephen King writes good vampire stories. I sometimes think it’s a shame he doesn’t write more of them.

That said, he’s written more about vampires than he has about most other specific types of supernatural menace (enough that there’s a Wikipedia page about vampires in King’s work). To my knowledge, the following King tales feature vampires:

Despite that impressive (and generally well-reviewed) listing, I don’t think anybody considers Stephen King a “vampire writer” in the way that, say, Anne Rice is. King writes so many books that touch on so many different horror tropes that he’s never been especially associated with any one specific subgenre of horror.

But I sometimes wonder if, when his excellent early novel ‘Salem’s Lot hit it big, King thought about going all-in on vampires. His only previous novel, Carrie, did not lend itself especially well to becoming a franchise. But vampires… vampire stories seem to lend themselves to sequels. It’s not too hard to imagine the murky ending of ‘Salem’s Lot being spun into follow-up novels, the way that Anne Rice turned her 1976 Interview with a Vampire into a decades-long series.

In fact King talked for many years about writing a sequel to ‘Salem’s Lot… but for whatever reason, he never did. From what I hear, he claims to have wrapped up the loose ends from that novel in the course of his Dark Tower books. I think that, with a few exceptions, he’s just not a “sequel” guy.

While it’s fun to imagine an alternate history in which King fleshed out a vampire mythos across dozens of vampire novels, I’m glad King has never tied himself to a specific type of horror. To be sure, many of his stories bear strong thematic similarities to each other, but when you pick up a Stephen King novel you can be reasonably certain that you’ll be reading something new. King is sometimes dismissed as a pulp novelist who cranks out overly verbose potboilers, but I don’t think he gets enough credit for keeping things different.

Ahem. Back to “The Night Flier.” In short: it’s very strong. Richard Dees, a deeply cynical tabloid reporter (and a minor character in King’s novel The Dead Zone, strangely enough), manages to correlate the arrival of a specific small Cessna airplane with a sequence of bizarre murders around obscure rural airports. Guessing that law enforcement and/or the mainstream press will make this connection any minute now, he boards a plane himself to confront the killer at his next port of call (not because he cares about the murders, but because he knows it’ll make a great story). The confrontation goes poorly, although the vampire spares Dees’ life (after exposing his camera film, of course).

The vampire elements are interesting enough; as he often does, King puts an ageless and immortal enemy into mundane modern contexts (the vampire is a genteel, caped, Bram Stoker-esque lord of the night who takes to the sky in a Cessna Skymaster rather than bat wings). But the heart of this story is the character of Richard Dees, the jaded reporter. The 30 pages of this story are mostly a character study of a man with almost no soul: Dees is a master of manipulating other people’s emotions (through lurid tabloid reporting and photography), but himself is unable to experience those emotions. As we read, we are initially repulsed by Dees’ callous and contemptuous attitude toward his readers (and most of humanity), but as the story proceeds, that revulsion fades into sympathy. Dees is lost; if he had a soul once, it’s been buried deep throughout the long years of his tabloid career. His encounter with the vampire (and the sight of its slaughtered victims) threatens his sanity, but might also present a sliver of hope: might this experience be so disruptively shocking that he’ll feel something again?

We don’t know, and I’m probably reading a bit much into the story. But Dees is a good character. I don’t know if Dees’ demeanor is meant to suggest a specific type of psychological disorder (at points, his lack of empathy makes him seem sociopathic). Regardless, Dees is one of the better characters I’ve encountered in my short story project thus far.

Next up: “Umney’s Last Case,” in Nightmares and Dreamscapes.