As you may know–I’ve been whining about it to everyone who will listen for the better part of a week now–my wife is in Turkey, where she’s unearthing priceless artifacts on an archaeological dig. The site she’s at is Zincirli, a Hittite city that was last excavated in the late 19th century by the German Oriental Society, which sounds pretty Rosicrucian to me. Your “history” books won’t tell you that Zincirli is where they unearthed the Spear of Destiny, but what else would the Ratzis have been doing way out there?
Ahem. It sounds like one of the main tasks that Michele’s team is doing out there is surveying the site to pave the way for full-blown excavation in the future. I am not entirely a stranger to archaeological surveying, and had the opportunity to do it once at the Umm el-Jimal dig in Jordan (when I wasn’t busy scrubbing potsherds with a toothbrush). To survey the site, we divided the (very large) area we wanted to cover into several long rows. A team of two people was assigned to walk along each of these rows, mapping out interesting terrain features and collecting pottery therein: 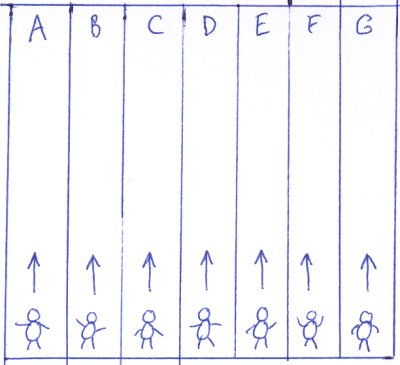 The idea was that at the end of the day, everybody would return to camp with a detailed map of one strip of land, which could be combined with everybody else’s maps to create one big map of the area.
Unfortunately, this plan makes some rather unwarranted assumptions about the the ability of the average undergraduate volunteer, even one equipped with a compass and other navigational aids, to walk in a straight line. At the end of the day, when everybody turned in their maps of the strips of land they’d surveyed, the pieces upon being put together looked something like this: 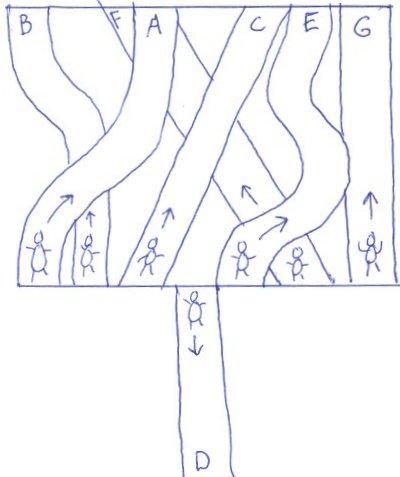 I love the field of archaeology, but it’s worth keeping in mind that the latest sensational archaeological claim you just read about might have been based on the enthusiastic but non-linear survey work of, well, someone like me, who counts himself lucky if he manages to walk down the hallway of his own apartment without careening into the walls.
But if surveying this plot of land will foil whatever scheme Jerry is cooking up…. well, then, get out there and do your duty, soldier!
update: I’m told that, as of this post, the Zincirli Wikipedia entry was woefully inaccurate. More Templar disinformation? Ah, the perils of Wikipedia.