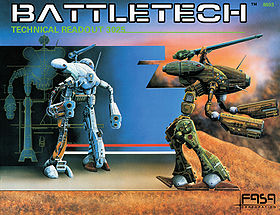 One of the most-read books in my game library when I was in junior high and high school was Technical Readout 3025, a collection of ‘Mechs that you could use in your Battletech games. They were designed using the construction rules in the rulebook, but were also the “official” ‘Mechs used by the different factions within the Battletech setting.

What surprised me at the time was that the Technical Readout contained a number of ‘Mechs that were terribly designed.

By that, I mean that there were numerous ‘Mech designs in the book that were obviously inefficient or just generally ineffective. At the time, I was spending my evenings and weekends poring over the ‘Mech construction rules figuring out how to most efficiently balance weapons, armor, and speed in ‘Mech designs. When “official” ‘Mechs appeared that were subpar, I was surprised and almost offended.

Nowadays, I realize that poorly-designed ‘Mechs are a feature of the setting, not a bug. They add verisimilitude to the Battletech universe. Just as in our modern militaries there are plenty of examples of poorly conceived, ineffective boondoggles, so the militaries of the Battletech world would have been plagued by such things. But at the time, I was mostly just annoyed that I had paid money for a book that contained ‘Mech designs no competent player would ever want to be stuck with. 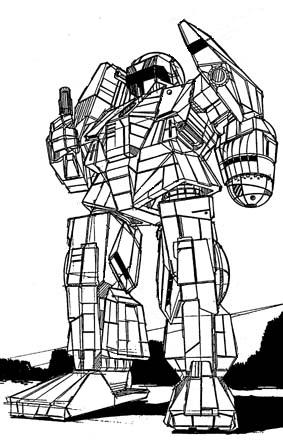 It looks cool, but trust me… you don’t want to be stuck piloting one. And you know, it doesn't even look that cool.

The worst offender, by far, was the CGR-1A1 Charger, an assault-class ‘Mech (at 80 tons, one of the heaviest ‘Mechs in the setting) that had almost no effective weaponry and mediocre armor. With an armament of just five small lasers—the wimpiest, shortest-ranged weapons in the game—it was completely outclassed by ‘Mechs half its weight. It was slightly faster than other heavy ‘Mechs, but not faster than the light and medium ‘Mechs that outgunned it. Its only conceivable battlefield advantage was its weight; if it could close to melee range, it could (in theory) deliver a pretty hefty punch or kick. But trust me: while your 80-ton clunker is making its own personal Charge of the Light Brigade at an enemy unit, you can bet that it’s getting showered with missiles, lasers, and autocannon fire every step of the way. Because your enemy is not stupid enough to be piloting a Charger.

At the time, the presence of the Charger was an inexplicable annoyance. These days, it’s a charming part of the setting. And it makes for a fun excercise to imagine how such a poorly-conceived ‘Mech would make it from the planning stages to the actual battlefield. Above is a quick chart I put together to answer the question. When you’re handed a terrible ‘Mech to play with, just roll a six-sided die on the chart above to see how it came to be.

Obviously, this’d work with any military or sci-fi game, with slight tweaking. What other reasons should be added to this table?

7 thoughts on “Why is this ‘Mech so terrible?”