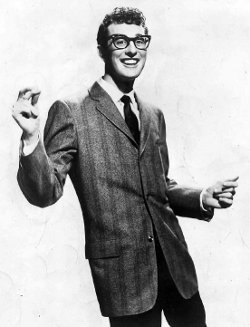 Admit it. This is a little scary.

Story: “You Know They Got a Hell of a Band,” collected in Nightmares and Dreamscapes. Written in 1992. Wikipedia entry here. Read my introduction to this blog series.

Spoiler-filled synopsis: Two hapless travelers get lost in the woods and come across a creepy 1950s-styled small town, where the ghosts of dead rock ‘n’ roll musicians endlessly relive their glory days… much to the dismay of innocent passersby who are forced to listen to them. Forever.

My thoughts: Stephen King loves his rock ‘n’ roll. Read more than 100 pages of King’s writing and you’re certain to run into a tribute to the music of his youth—as the introductory quote to a novel, in the form of lyrics stuck in a protagonist’s head, or playing in the background of a memorable scene. Classic rock clearly means a lot to King, and in “You Know They Got a Hell of a Band,” where King imagines a magical reunion of rock legends as a nightmare, you know he’s having fun with his own obsessions.

Music is a theme in this story from the start; although protagonist Mary and her husband Clark don’t encounter the Rock ‘n’ Roll Reunion from Hell until midway through the story, King repeatedly calls attention to the music they’re listening to (Lou Reed) as they get more and more lost in the Oregon wilderness.

And they do spend quite a while getting lost. Other writers might breeze through this obligatory set-up sequence, but King takes his time, and it works to the story’s benefit. We spend this time getting to know Clark and Mary through their banter and increasing irritation with each other. There are certain types of character interactions that King depicts very convincingly, and this is one of them: spouses who sincerely love each other but who are long past the honeymoon stage of marriage and have since discovered their partner’s quirks to be both endearing and maddening (sometimes both simultaneously), depending on the context. I’m sure King’s long, successful marriage to his wife Tabitha is a large part of what makes these depictions believable and even charming. After just 10 pages of this, I find myself liking Clark and Mary quite a bit. 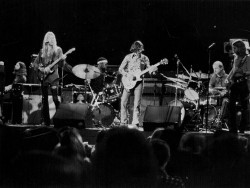 But moving along: after wandering lost a while (this story takes place before cellphones and GPS devices were commonplace or even imaginable), the two stumble across a picturesque, nostalgic little all-American town with the cutesy name of “Rock and Roll Heaven,” planted inexplicably in the middle of a huge creepy forest wilderness. King often allows his protagonists a certain meta-awareness of their horror-story plights; Mary immediately recognizes that the too-perfect town is creepy as heck, and even mentions its evocation of Twilight Zone episodes and Ray Bradbury stories.

Digging up the horror lurking behind friendly facades is another classic King trope, and it’s not long at all before Mary and Clark come face to face with the true masters of this too-good-to-be-true Norman Rockwell village: zombie rock musicians. Janis Joplin, Buddy Holly, Roy Orbison, Jimi Hendrix, and of course Elvis are not exactly alive, but they are well here. The story ends on a rather delightfully chilling note, as Mary and Clark find themselves trapped—a literal captive audience for a rock concert that, it is suggested, may just go on forever.

The idea of an afterlife reunion of tragically deceased rock stars has the potential to be sweetly melancholic rather than horrifying. King addresses this by adding a characteristically gruesome touch: the dead rock stars aren’t mournful ghosts, but disgusting, decaying zombie corpses obsessed with reliving their glory days. (If King had written this story a few years later, he might have made Gen-Xers squirm by adding Kurt Cobain and Layne Staley to the roster.) It works, and produces some memorable imagery: the mental picture of a jukebox filled with blood and gore has stuck with me over the nearly 20 years since I first read this story, and it’s still as disgusting as ever.

Speaking of characteristic King themes, we get a thumbnail version of King’s Job-like take on the theological Problem of Evil, developed more heavily in other King books but not elaborated upon here:

All in all, this is a great story, mixing familiar horror tropes (lost in the woods! small town with a dark secret!), better-than-average characters and dialogue, and a comically sick premise. King’s sense of humor runs through it as well, and I suspect he was grinning as he typed this one up. (At one point, deceased rockers Ronnie Van Zant and Duane Allman look to Mary like “the sort of fellows who dropped out of high school the third time through the tenth grade in order to spend more time meditating on the joys of drive-train linkages and date-rape.”) Highly recommended, and a good start to my October Stephen King reading.

Next up: “Jerusalem’s Lot,” from Night Shift.

3 thoughts on “Stephen King Short Story Project, #1: “You Know They Got a Hell of a Band””