Spoiler-filled synopsis: Thousands of years in the future, a spaceship crashes on an unknown planet completely covered by sand. One of the two survivors becomes obsessed with the sand and goes insane; the other is rescued—but not before it becomes clear that the sand itself is sentient and hostile. 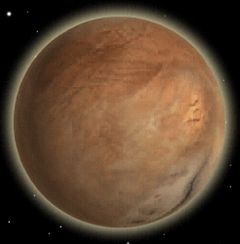 My thoughts: Stephen King rarely writes science fiction stories. Apart from this story, I’m aware of “The Jaunt” (also in Skeleton Crew), the novel Tommyknockers (although it’s really much more horror than sci-fi), and occasional sci-fi-ish elements scattered throughout his other work. (King experts, please share in the comments below if I’m missing any examples.)

I imagine this is because King simply isn’t interested in writing science fiction, although he’s certainly influenced by many early writers of both horror and science fiction. I also think that King’s particular brand of personal horror and suspense depends heavily on characters and situations readers can relate to, and that would be diminished in a straight sci-fi story. But it’s a shame, really, because “Beachworld” shows that King can write competent horror-themed sci-fi when he wants to.

“Beachworld” is short and focused closely on the exploits of just a few characters, but like good science fiction should, it throws out lots of little details with which your imagination can paint a picture of the general setting. A character mentions that the Beach Boys lived eight thousand years earlier, which provides a rough timeline. The survivors are part of something called the Federation, which exists alongside or in competition with a network of spacefaring clans. There are androids, space scavengers, and interstellar trade—in other words, this is a pretty typical space-opera type setting.

But that setting is just the distant backdrop for the actual story, which follows the two survivors (Rand and Shapiro) of a spaceship crash. The planet on which they’ve crashed is covered by an endless desert; their only hope of survival is for a passing ship to notice their emergency beacon and investigate. As the days drag on, one of the survivors (Rand) becomes increasingly obsessed with the sand, which seems to move in an eerie, almost purposeful manner, and which is able to penetrate even sealed-off areas in the wrecked ship. When rescue finally arrives, the sand is revealed to be a sentient entity—it thwarts attempts to rescue the thoroughly insane Rand, and tries to pull down the rescue ship as it lifts off with Shapiro aboard.

I like the idea of a sentient desert. It calls to mind Stanislaw Lem’s classic novel Solaris, which takes place on a planet covered by a sentient ocean. Another sci-fi classic that “Beachworld” seems to reference is Dune—although it actually has more in common with Frank Herbert’s lesser-known Jesus Incident novels, which explore the idea of a planet with a nearly-sentient ecosystem.

The story itself is entertaining, although I didn’t find it quite as creepy as I did when I first read it in my younger days. Rand checks out mentally almost immediately; I think it might have been more enjoyable if his obsession with the beachworld developed over time. Shapiro doesn’t have a lot to do beyond waiting for rescue and watching the encroaching desert with increasing trepidation. King throws in lots of Beach Boys references, and the juxtaposition of the eerie not-a-beach-at-all setting and the catchy, insipid surfer-dude lyrics is effective.

I liked it. “Beachworld” isn’t a classic, but it’s worth reading just to catch Stephen King making one of his rare forays into science fiction.

Next up: “The End of the Whole Mess,” from Nightmares and Dreamscapes.